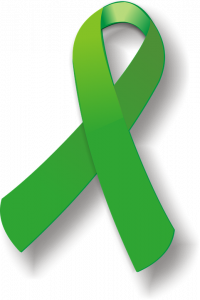 Lately the word “stigma” has been getting more attention.  This is a good thing, but you might be wondering why. Mental illness has become one of the most pressing health concerns in our country.  Approximately 1 in 4 adults and 1 in 5 children are now experiencing a diagnosable mental illness.  Yet, the stigma attached to a mental illness still keeps many people from accepting the illness and seeking treatment. According to the National Alliance on Mental Illness (NAMI), the average delay between onset of symptoms and intervention is 8 to 10 years.

For years (actually centuries), mental illness was not understood.  There was no science to explain why some people behaved the way they did. Superstitions and fears of the unknown fueled inappropriate responses to those with mental illness, and the labels of “crazy,” “nuts,” and “cuckoo” were freely attributed to people who were just plain sick. There was an implication that these people were weak, or lazy, or of poor moral stature. There was the misconception that they were all dangerous and worthless. Unfortunately, many of these myths still exist.

Stigma, or the shame that those suffering from mental illness feel, was the direct result of the public’s reaction to the misinterpretation of true disease. It made it more difficult to accept mental illness in ourselves and loved ones. It made it safer to try and hide it rather than seek treatment.

The good news is that we are finally acknowledging the problem and working together to help those suffering.  Now that we have caught up with the science, we are making strides in the fight against stigma and chipping away at that old culture that continues to stigmatize mentally ill patients.

In New Jersey, it is now becoming more common to hear another word used in conjunction with the word “stigma.” That word is “free.”  With the birth of the Stigma Free initiative, communities throughout the state are educating their residents about mental illness with the ultimate goal of making their towns Stigma Free Zones – places where people who are suffering from diseases of the brain don’t have to worry about stigma.  They know that they will not be judged, but will be supported just like others suffering from other diseases. By making it ok to talk about mental illness and recognizing the symptoms, those afflicted can reach out for help in a more timely manner.   Just like with other illnesses, the earlier it is diagnosed and treated, the better the chance for recovery.

While the New Jersey Psychiatric Association (NJPA) makes every effort to post accurate and reliable information, it does not guarantee that the information on this website is complete, accurate or up to date, nor does it assume responsibility for the use or application of any posted material. The NJPA takes no responsibility for any error, omission or other discrepancy between the electronic and any printed versions of documents. This website is intended solely for the purpose of electronically providing members, non-member psychiatrists and the public with information and convenient access to a variety of resources. The NJPA cannot provide specific advice or counsel, whether medical, legal or otherwise. This website links to websites maintained by other entities. Although efforts have been taken to assure that these linked websites are maintained by reputable organizations, the NJPA is not responsible for the information and opinions expressed in those linked sites.